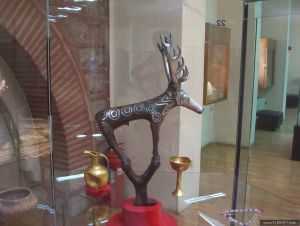 
Surrounded by Black Sea on the north and the Mediterranean in the south, Anatolia was once the seat of rapid advances of Neolithic civilization. The use of metals first started in Anatolia in 7000BC. In Catal Huyuk in Anatolia was one of the first towns of the world and evidence of agricultural settlement has been found since 5700 BC. Later, the first Indo-European tribes or the Hitties established the first empire here.
History of Anatolia  |  Indo-European Settlements  |  Greeks and Romans  |  The Byzantine Empire  |  Seljuks and Ottomans  |  Decline of the Ottomans  |  Republic of Turkey