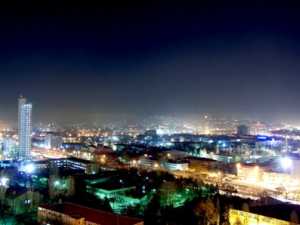 
Ankara, the capital of modern Turkey, is a great historical tourist spot. The city of Ankara lies in the centre of Anatolia on the eastern range of the high Anatolian plateau. The place has an altitude of 850 metres.

The town has been under the rule of the Romans, Byzantines, Selucks and a host of others. Sultan Yildirim Beyazit of the Ottomans gained control of the city in 1402 A.D. and the Ottomans retained control till First World War. Gradually with the passage of time, the importance of Ankara dwindled. The place again became important when Kemal Ataturk chose Ankara as the base to direct the historic War of Liberation. Due to its historical, strategic and positional importance, Ankara was declared capital of the new Turkish Republic in 1923.

With so many old and new attractions beckoning you, Ankara is undoubtedly the place to be. It's a different experience altogether. Be there to savor the historical ambience of this ancient city.
Ankara  |  Ankara Attractions  |  Ankara Archeological Sites  |  Shopping in Ankara  |  Ankara Hotels  |  Leisure Activities in Ankara