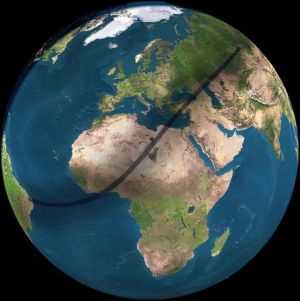 
Wednesday, 29th March 2006. Half of the Earth will experience a total solar eclipse. Central Turkey is one of the many regions that is going to see this old but always new natural phenomenon.

The towns of Side and Manavgat (between Antalya and Alanya on Turkey's Mediterranean coast), Sultanhani (between Konya and Aksaray), Hacibektas (in Cappadocia) and Ordu (on the Black Sea coast) will be directly at the path's center.

The Cappadocia sky will be full of hot-air balloons. A novel way to watch this astral novelty, indeed.