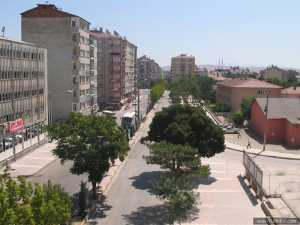 
Elazig is the most orderly, well-planned and beautiful city located in the Elazig province of Eastern Turkey. Situated on the fertile plain near a mountain (4350 feet high), this town lies at an altitude of 1020 meters above the sea level and is surrounded by vineyards and gardens. The city is aesthetically magnificent, much of which is contributed by its location in the middle of wide expanse of plains, which are surrounded by purple hued mountains. There are also several lakes and rivers which add to its beauty.

Elazig is endowed with immense natural resources. Abundant water supply from huge rivers like Euphrates (Firat) and the rich mineral deposit from underground, together contribute towards the rapid industrialization. Agriculture is also prosperous owing to the fertile soil and water supply and different food items like grains, rice etc. are grown here. However, the main product of the region is the wine. Elazig also trades in crops and livestock. The Keban and Karakaya dams on the Euphrates River have given rise to several artificial lakes of which the Keban Lake is the largest and has important contributions in hydraulic power generation.

Culturally also, the region is quite developed. Harput, 5 km North of Elazig, used to be the cultural seat of the region. Many renowned scientists and artists were educated in Harput, which can be defined as the "real example of the city in fairy tales". Elazig, with its long-standing Ottoman-Seljuk connection, also has curved its own cultural niche. The dance form of Elazig belongs to "Halay" style of dance. Cayda cira is a favorite dance for weddings and henna paintings, in which the dancers carry candles on the plates to represent its reflection on the water.
Elazig  |  History of Elazig  |  Main Attractions in Elazig