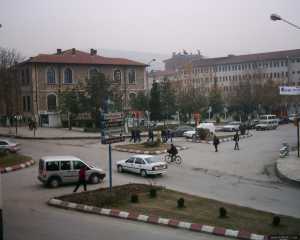 A snapshot from life in Malatya


Malatya (Mah-Laht-Yah) in South Eastern Turkey, located at the foot of the Anti Tauras Mountain, is the capital city of the Malatya province. It lies at an altitude of 964 meters above the sea level and has hot, dry summers and cold, snowy winters. However, the constructions of several dams have made the climate milder. This region of Malatya is best known for its apricot orchards.

The province of Malatya is located at the heart of the country's road and rail network. It is also the railroad junction for Aleppo and Syria - Samsun line. The bus station is 5 kilometers west of the city center and there are regular services from Ankara, Istanbul (1124 kilometers) and Gaziantep (247 kilometers). At 3 kilometers west of the city center lies the railway station where from daily express trains run to Elezig, Diyarbakir, Istanbul and Ankara. Both the bus and train stations can be reached by taxis and dolmuses. The nearest airport is Erhac (26 kilometers west) and there is a daily flight from Izmir.
Malatya  |  History of Malatya  |  Main Attractions in Malatya  |  Activities in Malatya  |  Malatya Hotels and Restaurants