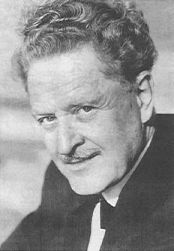 
Nazim Hikmet or Nazim Hikmet Ran (1902-1963) is the most widely recognized among all Turkish poets and one of the greatest poets of the twentieth century and his works have been translated into several languages.

A pioneer of the free flowing verse style in Turkish poetry, Nazim Hikmet was oft persecuted in his homeland for his revolutionary and rebellious writings.