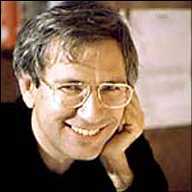 Orhan Pamuk is one of the most famous Turkish writers


Ferit Orhan Pamuk is one of the most talented and renowned writers in today's world of literature. Pamuk won many awards and was even considered for the Nobel Prize Award in literature in the year 2005. His original and rich writing style as well as intellectually stimulating ideas make him a best-selling author in Turkey and abroad. Born in Istanbul in 1952 as a child of a wealthy family, he was educated in an American high school and continued to study in the Istanbul Technical University to become an architect. After three years he dropped out of the program in order to study at the Institute of Journalism in Istanbul University in order to follow his dream of becoming an artist. He graduated in 1977. Pamuk spent almost all his life in Istanbul with the exception of the three years which he spent in New York (1985-1988) visiting a scholar at Columbia University.

Pamuk's talent is obvious right after he published his first novel Cevdet Bey and His Sons which brought him an award. The book depicts life of a wealthy Istanbul family, much like his own. In 1983 follows publishing of The Silent House which later brings him new awards. The first internationally renowned novel is The White Castle, published in 1985. It depicts a story of a friendship of an Ottoman scholar and a Venetian slave. While in New York, Pamuk starts writing The Black Book in which he explores artistic expressions through the story of a lawyer searching for his missing wife. The novel again brings him an award. In 1991 The Black Book received a film production in a movie named Hidden Face. In 1994, Pamuk publishes another novel The New Life - about young students influenced by a book. 1998 sees the novel My Name Is Red about the Western world seen through the eyes of Ottoman artists. The novel brought Pamuk two awards. In the following work, a novel Snow, Pamuk decided to express his views on political matters - human rights and the freedom of thought, published in 2002. The action takes place in a northeastern city Kars and tells a story about problems and tension between political Islamists, soldiers, secularists, and Kurdish and Turkish nationalists. The latest book - Istanbul-Memories and the City - is more of a poetical work of the authors memoirs and an essay about the city of Istanbul.

Orhan Pamuk is known for his talent in using the past in describing the intensity of the present. He combines religious and historical themes while being a post-modern writer. Pamuk stays not free of controversies among Turkey's Islamic intellectuals as well as among the secular readers for his irreverence of the state ideology. Pamuk's books have been translated into 32 languages.
Orhan Pamuk  |  Bibliography in English  |  Bibliography in Turkish  |  Awards