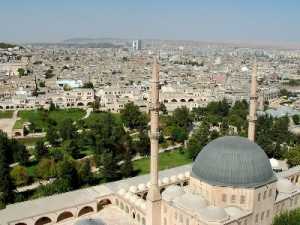 
Sanliurfa, the Turkish city of prophets, lies about 180 Km west of Kiziltepe, in the southern Anatolian region. The city has a great religious importance. According to both the Bible and the Quran, the city is the birthplace of Abraham, before he migrated to Canaan, erstwhile Palestine. Sanliurfa is perhaps a rare city that had been honoured with the footprints of so many Old Testament prophets like - Jethro, Job, Elijah and Abraham. Sanliurfa was known as Edessa in ancient times. The city also was the home of Moses, who lived in this region for seven years before returning to Egypt. The place also showcases fusion architectural marvels.